“He left not just an ideology, but a roadmap for the youth to make a society free of the shackles of religion; not tethered to any caste or class but with a level playing field with equal rights and opportunities for all,” says author & award-winning journalist, Jupinderjit Singh 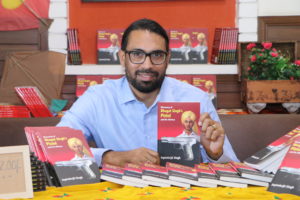 Jupinderjit chronicles the 86 years journey of  the US made 32 Colt pistol, which was used to kill British Police Officer JP Saunders on December 17, 1928; and how Shaheed BhagatSingh was perhaps a stronger preacher of non-violence than Mahatma Gandhi.

“The idea of this book developed soon after I discovered the lost pistol of the great martyr in November 2016. Bhagat Singh had used it to kill a British Police Officer J. P. Saunders at Lahore in 1928. The last written record of the pistol was in 1931 when a Lahore court handed over it to police for safe keep. As I held the gun before the BSF officers in Indore, I felt goosebumps and a lump in my throat. I was touching something which the great hero of India’s freedom struggle had carried with him,” said Jupinderjit.

Speaking about his revelation to write the book on Shaheed Bhagat Singh, the author said, “I never imagined I would be writing a book on Shaheed Bhagat Singh one day. I thought myself as someone who would be writing mainly on love, in all its beauty and fall. But then, can any love be higher than the love for one’s motherland and those great heroes who laid down their lives for this love? While writing the book, I tried to know the martyr, to understand his ideology, his longing to get the nation freed, his idea of revolution and his views on violence and non-violence.”

He further added, “I was also posed with questions as to what makes the martyr so charismatic that one’s head bows in reverence at the mere mention of his name today, so many years after he went to the gallows? With all these questions, I sat down to write about my journey in tracing the pistol. But the narrative soon became the journey to understand how he is more relevant in today’s India: an India, where religion, caste, and communal sentiments have become the basis of vote-bank politics.”

Syncing with his thoughts, Vivek Atray said, “The book stands testament to how the one-time use of the pistol, thus, turned out be a symbol of Bhagat Singh’s idea of revolution. Needless to say, no one could have written the book in a well-knit manner like Jupinderjit.”

Prof. Jagmohan Singh, who has edited complete works of Shaheed Bhagat Singh & his comrades, and autobiography and speeches of Sardar Ajit Singh, uncle of Shaheed BhagatSingh said, “He was an unsung preacher of non-violence than anyone else and I feel glad that journalists like Jupinderjit are doing justice to the same.”

“I have tried to put into words my understanding of the mind of the martyr. It is based on the available material on him, and I would like to insist that the aim of this book is a glorification not of his violent act, but of the intellect and wisdom of a young 23-year-old,” concluded Jupinderjit. 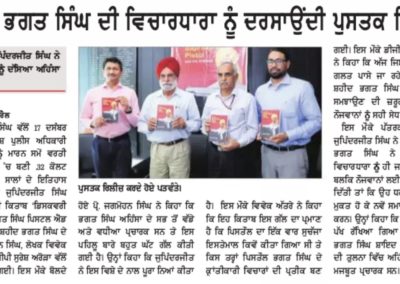 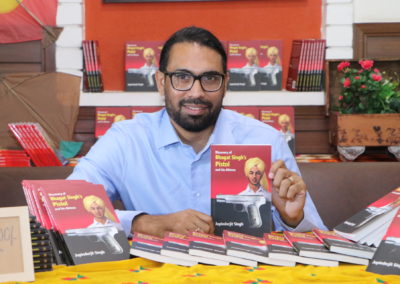 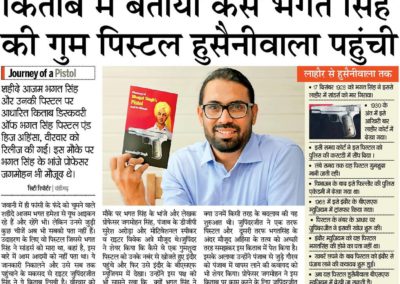