Amit Roy a formerly bureau chief with Hindustan Times has an experience in mainstream journalism for a period of 12 years, having started his career with The Indian Express Chandigarh and later with Hindustan Times where he was responsible for coordinating with the city team of reporters and with the state bureaus of Punjab, and Haryana. Having had a formal qualification in journalism and public relations, Amit Roy took up a plunge into Public Relations an year back after having put in two years as the head of Corporate Communications (North) with DLF in Chandigarh from 2011 to 2013. Having had an experience of political reportage, Amit Roy handled media management for Pawan Kumar Bansal, former union railways minister. He also undertook media consultancy for BJP in Panchkula in the recently held Assembly Polls, in which BJP candidate won with a record margin. Having been a part of media for 12 years, Amit Roy enjoys a good rapport with media in the region 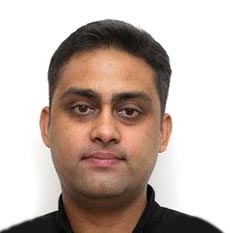 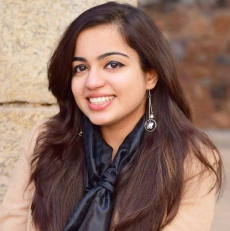 Bhavya Gaind was born in Guwahati, Assam following which she had a diverse upbringing in different parts of India; which equipped her with the myriad culture & heritage of the country. While being brought-up in varied milieu, she developed a penchant in writing which further helped her pave the way towards journalism & mass communication. A lifestyle journalist by profession, Bhavya pursued her graduation with a specialisation in Economics. To further hone her expertise of the nuances of the mass communication industry, Bhavya is pursuing a Post Graduate Diploma in Advertising & Public Relations from Indian Institute of Mass Communication, New Delhi. She has keen interest in Human Rights and Sociology.

Rajnish is a photographer par excellence. Coming from a family of world-renowned photographers Mr S. Paul and Mr Raghu Rai, photography runs in Rajnish’s blood. He was fortunate enough to learn the finer nuances of photography from Mr S. Paul, whom he regards as his mentor. He has learnt the art from the masters and he is adept at both film and digital photography. He has worked in the field of photography for over 21 years and his last assignment was at Hindustan Times, Chandigarh, as Regional Photo Editor. Rajnish started his creative journey in 1992 with the Indian Express as a Staff Photographer and moved to the Hindustan Times in 2000. While working for these national dailies, he has covered some of the most defining events of the past two decades in north India, the separatist movement in Jammu & Kashmir, floods in Punjab, Assembly elections in Haryana, Himachal Pradesh and Punjab, all international cricket and hockey tournaments held in the region, the IPL, Commonwealth Games, concerts and fashion shows. Some of these have also won him recognition and prestigious awards. An obscure thinker & visualiser, Rajnish instills creativity and out-of-the-box approach to the way iCatchers functions. 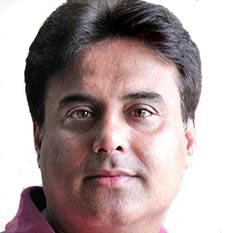